What Is the Difference Between Citrix and a Remote Desktop?

What Is the Difference Between Citrix and a Remote Desktop?

When people are beginning to explore Citrix, many inevitably ask themselves: How is Citrix different from a typical remote desktop? This is a fair question since, at first, the two may seem very similar. Both allow users to connect remotely from one desktop to another, allowing a user to complete work from anywhere. With a remote desktop, you are essentially using a screen sharing enabled feature.

As remote work becomes more permanent and integrated, the ability for employees to connect to their workspace securely is increasingly crucial.

To ensure smooth performance, you need more than simply the ability to access a remote desktop. Additional features such as top-level cyber security, specific components, and other functions that complete the experience, such as printing documents, are helpful for a remote desktop.

Remote desktops need to have exceptional encryption and the highest security standards. Encryption protects unauthorized and sometimes malicious third parties from decrypting information or accessing these remote servers. When using remote desktop tools, you should always be mindful of hackers and take precautions to avoid a data breach.

Why use remote desktop services?

One of the most significant benefits of remote desktops is the versatility. A remote desktop can come in handy when a user needs access to a company's servers or a specific terminal, whether across the room or the planet.

In its simplest form, you can transfer a file from a computer to your phone with a remote desktop tool just by establishing a remote connection and then uploading the file.

Employees can take advantage of remote desktops when working from home. An employee needs to connect their home device to work terminals without having all of the company's apps and documents stored on a home computer. This solution is beneficial, whether linking to a server for business, school, or even personal projects between your personal computers.

All over the world, organizations of all sizes turn to cloud solutions for their IT business needs. Two of the most common virtual options commonly used are Microsoft Remote Desktop Protocol (RDP) or Citrix Managed Services such as XenDesktop.

Citrix Systems is a US-based leader in virtualization technology. Citrix offers several virtual technical services through its virtual apps such as XenApp and virtual desktops such as XenDesktop.

Citrix has long been an industry leader, having even written the original RDS code and then licensing it to Microsoft. By partnering with a Citrix managed services provider, you gain access to tools that make expanding and monitoring tech infrastructure more straightforward than ever before. Also, Citrix focuses on making sure the user experience is superior to competitors.

It is well known that the two industry leaders for thin client services are Microsoft Corporation and Citrix Systems. Therefore we will cover the similarities and differences between these two remote desktop services.

Desktop virtualization enables users to replicate another workstation by controlling the terminal remotely or locally from a connected computer. When running on a network and using hardware virtualization through it, this is called desktop virtualization. In addition to the connection, all processing and workloads are run on the central hardware.

Moreover, organizations then have more unified control over desktops and software, which can optimize their IT hardware investment by allowing remote access to shared resources. Desktop virtualization is a central feature focusing on the virtualization of applications.

All about thin client technology

A thin client is by default the opposite of a fat client. A fat client will process commands locally, which is typical of most day-to-day computing.

However, when users access a search engine, the search request is sent to a data center. Next, massive servers process through billions of segments of data pulling out those that most closely match the users' request. Next, the result is transmitted back to the user's device, showing the results. An online search is an example of how thin client technology works. The user does not need to have all of the possible results stored on their computer to access them.

Rather than uploading the web pages to the user's computer, thin client technology allows the user to access information such as documents that exist. These documents are then revised and processed on remote machines in a data center and delivered visually to the thin client.

Citrix is a company whose name has been used generically for various products over several years, like referring to a soft drink as “a Coke.” However, Citrix is a global company that produces multiple products using similar branded names, such as Citrix Virtual Desktops or Citrix Virtual Apps.

Citrix Systems is a company based in Fort Lauderdale, Florida, USA that supplies remote access functionality for apps and computer desktops.

Citrix provides a wide range of industry-leading technologies used by both enterprise and mid-sized organizations. Citrus focuses mainly on virtualization and thin client services. However, they have also expanded into other fields, such as networking solutions.

Using thin client technologies such as Citrix Virtual Applications, clients can use computers remotely to monitor applications installed on another device. Applications are then processed remotely on that separate device.

While RDS can be a proper fit for some businesses, the Citrix XenApp exists to scale your user environment quickly. This alone is the value proposition for many companies shopping for remote desktop services.

While there are several features, one of the main advantages with Citrix XenApp is the Citrix Director. Citrix Director provides an overview of the overall health of your Citrix infrastructure in addition to the quality of user sessions.

Citrix Director monitors anything from failed user sessions to applications running to ICA RTT. These indicators are vital when reporting KPIs to most organizations. Citrix Director is designed to meet the needs of IT departments.

What is Citrix Director?

Why use Citrix Director?

The main benefit of using Citrix Director is the cost. Citrix Director comes free, pre-equipped with app Citrix XenApp and XenDesktop services. Also, there are no external agents to deploy. Citrix Director uses systems built into the Citrix FlexCast Management Architecture (FMA). Therefore no additional agents need to be put to use for it to work.

Further, companies can use Citrix Director for monitoring Citrix Cloud deployments and on-premises uses of XenApp and XenDesktop.

What does Citrix Director offer users?

Citrix has dramatically expanded its helpdesk tool with each new release of Citrix XenApp & XenDesktop 7.x. Critical functions of Citrix Director include:

Which remote desktop service is best for you?

This article is just a small sampling of reasons to choose a Citrix managed services provider and Citrix XenApp for your remote desktop services solution.

If you are interested in a robust solution for virtualizing your applications, contact the experts at SSI today! 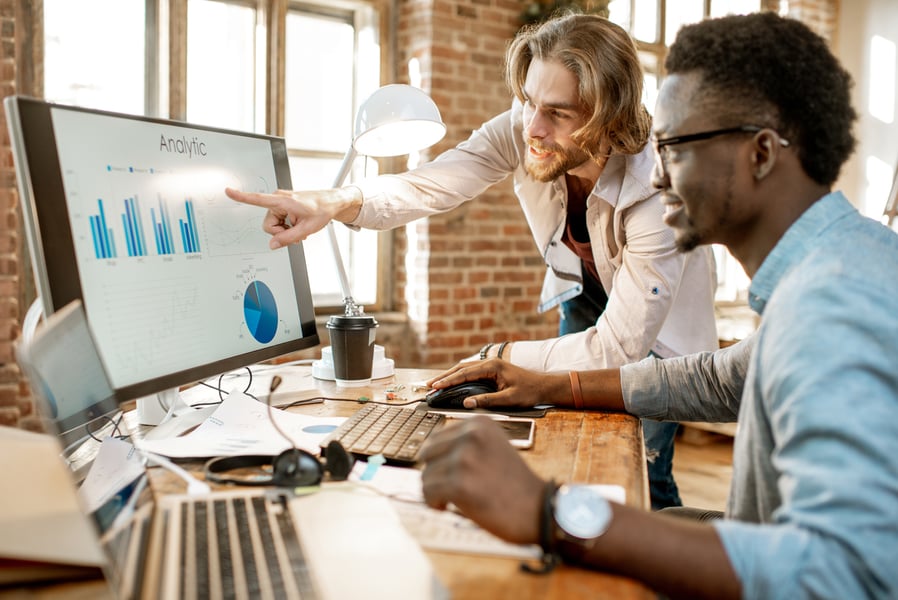