What Everyone Must Know About Managed Cyber Security Services

What Everyone Must Know About Managed Cyber Security Services

What's the difference between ransomware attacks and data breaches?

One of the most significant differences is that cybercriminals deploy the malware into computer systems to seize and encrypt data with ransomware. The data is only decrypted once the victim pays the ransom, usually in bitcoin or a similar untraceable cryptocurrency.

Keeping your personal information safe online with managed cyber security services is the single most important thing you can do to prevent a breach.

We've talked about staying safe in cyberspace before, but it's too important not to revisit. When it comes to information security, there are two main types of breaches: Ransomware attacks and data leaks.

Ransomware attacks are pretty self-explanatory—access to files on your computer are blocked until a ransom is paid, usually via cryptocurrency like bitcoin. In general, ransomware attacks aren't just annoying—they can cause significant financial loss and downtime for your company. But they don't lead to data leaks because you're dealing directly with the attacker, who is usually more interested in getting paid than sharing your sensitive data with the world.

Because ransomware campaigns are most profitable when attacks are executed at speed, the entire workflow is usually automated. Rather than manually managing each victim's unique decryption key, they're stored on separate command and control servers and automatically issued to victims when they pay their ransom.

We all know that cybercriminals can be a real problem. And they've gotten even more sophisticated in recent years, with ransomware attacks becoming increasingly common.

If the cybercriminals wanted to access each victim's encrypted files themselves, they'd need to locate and utilize each unique decryption key. This arduous process wastes time and impedes profit margins, so it's usually avoided. But this convenient limitation exploded during double extortion ransomware attacks.

These are when a ransomware victim is threatened with having their seized data published on the dark web if payment is not made by the due date. To motivate faster payments, sometimes cybercriminals instantly begin to precipitously publish a victim's seized data until the ransom is paid. It's a terrible situation for victims, who are forced to either comply or publicly suffer data breaches!

What is the intent?

Indeed, the motivation behind data breaches is often monetary gain, but that isn't always the case. Sometimes a hack has more to do with a group's agenda than with the money.

When we talk about ransomware, we often think of it as a separate category of cybercrime, but lately, the line between data breaches and ransomware attacks has been severely narrowed. The FBI has aggressively pushed its messaging that victims should never comply with ransom demands. Cybercriminals have responded with an equally aggressive counterattack to convince victims to do otherwise.

They've done this by adding exfiltration features to modern ransomware attacks. Exfiltration is when sensitive data is stolen before it's encrypted. This strategy has proven very effective because it creates a sense of urgency and arms cybercriminals for defamatory media attention if you don't comply with their demands.

It's time for you to pay attention to data security

All 50 American states, as well as international countries including the EU, China, Brazil, and India, have implemented data breach notification regulations. But are they enough?

According to the U.S Department of Health and Human Services (HHS.gov), a notifiable breach is defined as: "An impermissible use or disclosure under the Privacy Rule that compromises the security or privacy of the protected health information."

That means if you experience a ransomware attack, it's a notifiable data breach—as long as there's been an exfiltration of private patient data in addition to encryption.

And yet, only 20% of healthcare organizations are currently compliant with HIPAA's regulations. That means 80% of healthcare sector viewers reading this right now aren't even trying to protect your patients' information.

You can do better than that!

If your organization has been hit with a ransomware attack, you should report it as a data breach.

Why? Because who knows what else the bad guys did while they had access to your system.

Although HIPAA regulations only require notification in the case of a data breach, which is defined as "exfiltration of sensitive data," some are arguing that operating system encryption without data exfiltration does not count. Not true. Unless proven otherwise, assume that every ransomware attack also included an exfiltration of sensitive data. Otherwise, you could be fined anywhere from $100 to $50,000 per violation with a Calendar Year Cap of $1,500,000.

Did you know that most state-level cybersecurity regulations require data breach events to be communicated to relevant supervisory bodies as quickly as possible?

This means that if you’re a business owner, you should take all ransomware attacks seriously and consider them a potential data breach until proven otherwise.

The exact regulations for reporting data breaches vary from state to state. Still, in general, it is recommended to notify supervisory bodies of a breach within 24 hours of discovering one and not later than 72 hours after it happened. This should ensure compliance with most regulatory standards., including the GDPR., so even if your business doesn’t operate on the European continent, these instructions still apply.

One of the best ways to keep your customers happy is to ensure their information and data are safe with you. But what if you're not an expert? How do you know how to keep them safe?

First tip: Make sure your control structure is adequate. This includes natural disasters, external hacks, internal fraud, and breaches from not meeting service level agreements (SLAs). If something goes wrong, make sure you can react quickly and effectively to reduce the impact on your customers.

Second tip: Consider hiring an MSP to help secure your endpoints. In a recent survey by ESG, 57% of 340 IT and security professionals responded that they are currently using a managed security service in some capacity to protect their endpoints.

With the introduction of modern technology, companies have been able to do more with a lot less. But if your company still doesn't have the expertise and resources to handle cybersecurity, you're not alone.

Unfortunately, many companies don't have the technical expertise or funds to protect themselves against cyberattacks adequately. As a result, many organizations turn to managed service providers (MSPs) for help.

The list goes on. A good MSP will be able to plug in seamlessly wherever you're at with your cybersecurity right now—and take it to the next level. What are some other benefits?

Security threats are on the rise, and if you're like most companies, you're probably wondering how to protect your organization from the next cyber attack.

That's where managed cybersecurity services come in to offer. With an expert team to help you monitor your network 24/7, you can stay confident that your company is protected from the latest threats—without having to reallocate your IT personnel or capital expenditures.

Let's face it: most companies don't have the budget (or expertise) for a full-time cybersecurity team dedicated to protecting their assets. But with a managed cyber security service provider, you get all of that—and more—for a fraction of the cost.

With managed cyber security services, you can:

Cybercriminals are getting more creative with their ransomware attacks. Suppose they can't secure a ransom due to strong security measures. In that case, they'll combine ransomware attack methods with malware tools to exfiltrate sensitive data and then threaten to release the information to the public if a ransom is not paid.

Security administrators need to be prepared on multiple fronts. It's not just about securing the endpoints but also ensuring a robust data loss protection plan and solid backup infrastructure in place.

The majority of ransomware incidents occur due to a of lack of end-user training in recognizing social engineering attacks. The infections are usually successful due to a combination of lack of security controls and monitoring.

Do you know how secure your organization's data is?

If you're not 100% sure, it might be time to consider managed security services.

With managed security services, you can augment your current security program with tailored services, including threat, cloud, infrastructure, data, identity and response management. Our experts will help you address the simplest and most complex security needs and we monitor and manage incidents 24x7x365. We can also work with you to optimize and fine-tune your security program for the long term! 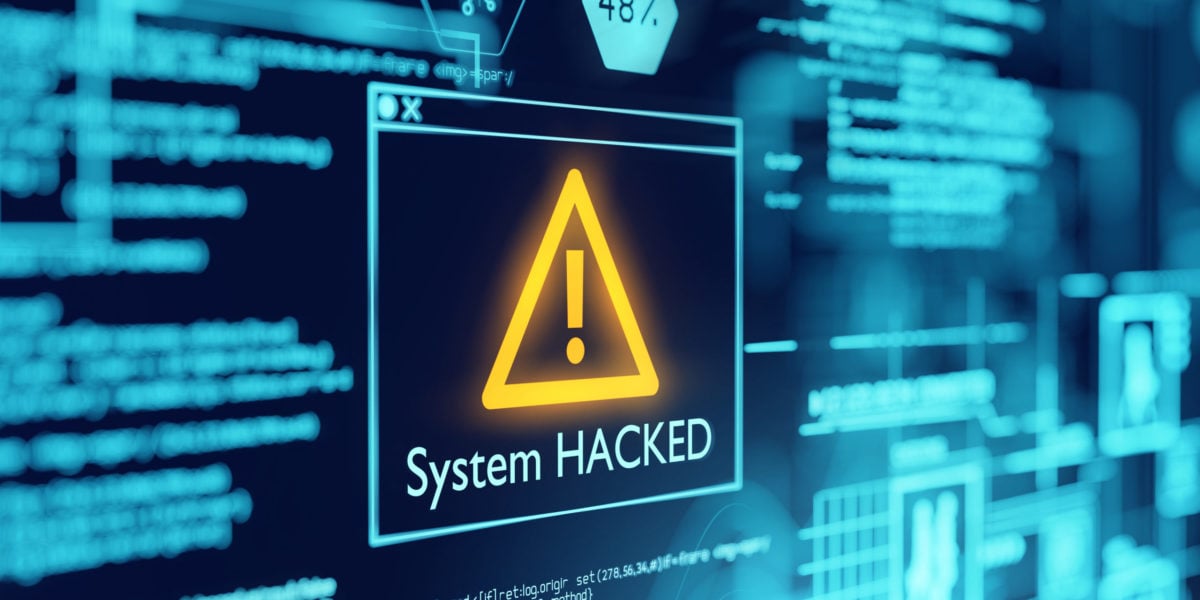 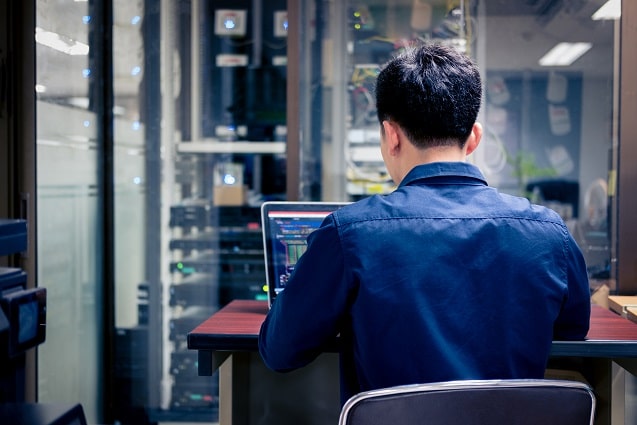 What are the Benefits of Working with a Managed IT Services Company for my Cyber Security as Opposed to a Freelancer or Stand Alone Expert? | SSI

Why Healthcare Needs To Pay More Attention To Cyber Security