Why Virtualization and Migration Doesn't Have to Be Hard

Why Virtualization and Migration Doesn't Have to Be Hard

Many organizations may have tens of thousands or even millions of customers and massive volumes of data to store, necessitating the utilization of dozens or even hundreds of servers. As a result, the benefits of server virtualization for all are apparent. On the other hand, a company may benefit from virtualization without needing to retain terabytes of raw data.

Virtualization allows hardware, software, operating system, or a network to exist without being physically present. A virtualized server may run several operating systems in distinct virtual instances thanks to specialized software.

Think about how server virtualization may help your small business.

Virtualization, which optimizes server storage capacity, enables a reduction in the number of servers required to keep critical company data.

Also, you can increase security by isolating and distinguishing software and apps. Because the apps are separated from one another, any virus that gets to infect your system will be unable to spread. Physical servers, on the other hand, are still in use. As a result, to increase efficiency, each piece of software was hosted on its server. On the other hand, applications will remain independent in a virtualized environment, drastically reducing the number of physical computers necessary.

A virtual version of a server, storage device, network, or operating system can be created via virtualization. This is accomplished by dividing a physical computer into several virtual machines, each operating system, and software. It allows for far more flexible interactions between computer hardware and software and features that would be impossible to achieve in strictly physical architecture.

In addition to being a trendy term, virtualization is the most efficient method for lowering IT costs while enhancing organizational efficiency and agility. Because virtualization helps enterprises of all sizes, we're seeing an increase in customer queries in establishing a virtual infrastructure.

By reducing your physical server use, cloud migration reduces your monthly energy costs. You will also save money because there will be fewer servers that require payments. These seemingly slight cost reductions may add up over time for small company owners, primarily if they operate in areas with high energy rates. Virtual server management necessitates fewer workers than physical server administration, resulting in even lower costs.

Theft, fire, and natural calamities can strike at any time and without notice

What would happen if all of your critical data were saved on internal servers that were destroyed in the event of an earthquake or a fire? These concerns are alleviated by cloud computing and virtualization, which allow you to keep track of your backups, recover them if required, and put them to good use after they've been restored.

When a small business owner backs up his company's data on an external hard drive, he puts important corporate files at risk of being stolen by an employee or a thief.

Of course, keeping the actual servers that hold your virtual machines apart from your workplace is critical. The less probable it is that your servers will be destroyed in a disaster, the better because you will be able to minimize downtime if they are.

Business continuity refers to promptly resuming operations following a disaster, such as a power loss or server failure. Depending on how long it takes to restore electricity or repair a server, these two typical disasters can cost a small business owner much money. Consider a hotel that was unable to accept bookings or check guests in due to a server failure. Customers will go elsewhere. In a data center, virtualization reduces this risk.

Downtime can be reduced to a few hours or minutes with server virtualization and a feature called live migration. When you utilize live migration, your virtual machine will continue to function even if your actual location or server fails, keeping you and your employees busy while the shift occurs.

Cloud computing has been around for quite some time. Some say it has been that long since the early 1960s when IT outsourcing first became popular. The capacity to access data from anywhere, at any time, has long been an advantage of the cloud, regardless of when the notion was first proposed.

Thanks to cloud migration service provider interfaces, end-users, both technically competent and non-technically educated, have long been able to construct server instances on the fly for several reasons, including hosting websites, storing data, and creating apps. Everything is being built on the cloud from the ground up, a highly cost-effective pay-per-use service model.

It's a real treat for everyone interested in software development or information technology. Do you need a server's assistance? Is a piece of software required? It's not a problem. It's as simple as spinning a wheel and watching what happens. Instead of going through time-consuming IT procedures, you can purchase what you need to locate and claim available company resources. You will not have to worry about new infrastructure investment exceeding your budget.

With all that in mind, are you prepared for migration? To migrate to the cloud, your source servers and applications must function well in the new environment. The right virtualization partner can ensure the process is frictionless.

Organizations now have more flexibility than ever before and the opportunity to decrease downtime in many ways, thanks to virtualization. Here are a few examples of how a virtual environment may change the way your firm manages downtime:

Virtual computers are far easier to restore than physical hardware. Snapshots may be delivered to many places to ensure up-to-date data and launched faster than a standard server.

Virtualization also allows for live migrations, which means that a cloud migration partner may operate on an employee's workstation while the employee is still using it. Without virtualization, the user would have to disconnect and would be unable to work until the maintenance was performed.

Enhance capacity to recover after a disaster

No matter how cliche it may appear, emergencies can occur at any time. Risk cannot be wholly removed; rather, it can only be lowered to a manageable level. Everything is possible, according to this. In the case of a tragedy, how would your firm recover its lost data backups? What plans do you have in place to get downed systems back online? How are you going to get everything done in the shortest amount of time possible?

Virtualization can address all of these problems. When you migrate to the cloud, you don't have to rely on a single piece of hardware or manufacturer for disaster recovery locations.

Migrating to the cloud is now easier than ever. It would also help if you thought about it from both a global and a local standpoint.

Older software running on obsolete operating systems or hardware is standard in businesses of all sizes. Companies continue to use them, although they should have been replaced now since they are still effective. Why bother mending something that isn't broken? The current condition of these legacy systems, on the other hand, is inefficient and costly to maintain. By putting older programs in a virtualized environment, virtualization allows them to run for prolonged periods. You may also continue to use them on newer devices.

It is believed that about 5-15% of servers are being used to their total capacity. To put it another way, many more physical computers would be required if virtualization did not exist because many apps demand their server. For instance, by hosting 20 virtual servers on a single physical server, you can save a significant amount of money on hardware and software.

Not only can virtualization minimize the amount of hardware required, but it also can extend the life of that gear. Because workers' computers no longer require the same amount of computing power, their workstations now need the necessary hard disk to run the virtualization window. At the same time, the server's virtual machine does the remainder of the computational work. In addition, your organization may be able to continue utilizing obsolete equipment without losing production.

Of course, if you want virtualization to work, you'll need to hire an experienced IT consulting company like SSI to assist you with the implementation. Further, we've established a strong reputation as one of the most dependable service suppliers. Don't hesitate to get in touch with us if you have any questions regarding our cloud migration services.

Let us help you with your IT virtualization. Request a free assessment today.

Does Your Business Have a Proactive Approach to IT? | SSI 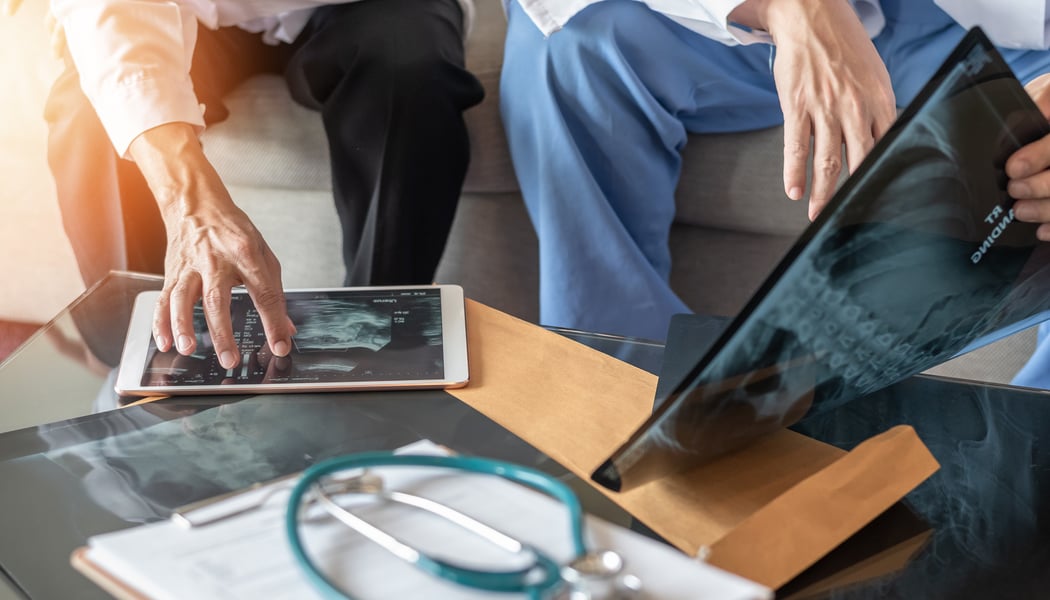 Cloud-Based Disaster Recovery Does Not Have To Be Hard