What's the Most Dangerous Computer Virus in the World?

What's the Most Dangerous Computer Virus in the World?

A computer virus gets its name from its ability to spread from one host to another with replication. Just as a flu virus cannot replicate without a host cell, a virus cannot reproduce unless it has a host file.

To get a bit more technical, a computer virus is a malicious program or code designed to modify how a computer operates. It is also written to reproduce from one computer to another. A virus starts its path by attaching itself to a legitimate document or program that provides macros support -- so it can deploy its code. As it replicates, a virus can induce disruptive damage by destroying data or corrupting files.

How was the term “computer virus” coined? Well, on November 10, 1983, Lehigh University in Pennsylvania hosted a seminar where the attendees heard the term for the first time as it relates to computing. Naturally, it was off putting since at the time, the only virus they were seriously concerned about was the one that could cause AIDS. The digital world was barely established in the early 80s, so it didn’t make sense to most attendees. The first PC made its debut only two years earlier and the price did not make it feasible for everyone to own a personal PC outside of those who were technology enthusiasts and had the budget to buy one.

Yet, it was at that seminar that Fred Cohen inserted a disk into a VAX11/750 mainframe computer, and attendees witnessed first-hand how the Unix program installed itself and controlled the mainframe within a matter of minutes. It also replicated to other machines, much like a biological virus.

Cohen spoke with his supervisor Leonard Adelman who thought of calling it a virus since it could infect a series of connected computers. Cohen shared, “The code for reproduction was perhaps a few lines and took a few minutes to write. The instrumentation and controls took almost a day.”

In 1984, Cohen described his experience and testing in a piece that started with this sentence, “This paper defines a major computer security problem called a virus.” Cohen offered his deep research to ensure people were aware that computer viruses did exist, and his virus was not the first example either.

In 1971, Robert Thomas of BBN created a work called Creeper. It had the ability to move from computers connected by ARPANET. Further, it displayed this alert, “I’m the creeper: catch me if you can.” For those who worked in the computer and research community, the Creeper is depicted as the first and original computer virus.

Additionally, about a year before Cohen held his computer virus seminar, Rich Skrenta (then 15) created the Elk Cloner that spread outside his laboratory. It was created as a joke, but hiding on a disk, his friends’ Apple II computers were quickly infected.

As history shows, Cohen did not create the first virus, but he was the first to study the concept and structure of anti-virus software from an academic standpoint. Cohen also provided an information definition of the computer virus as, “a program that can infect other programs by modifying them to include a, possibly evolved, version of itself.”

As you can see, the first computer viruses were not harmful in nature. Rather, they were created as demonstrations. The intent of their creators was to teach and show rather than to incur damage. Cohen has shared that he wanted to calculate how long it took his virus to spread; it wasn’t created to attack. With Creeper, the objective was to create an application that could move to a machine that held data. Computer viruses were created by curiosity.

Invariably, with duality, it was just a matter of time before malicious viruses were designed. In 1986, two Pakistani brothers created the Brain virus. The goal was to punish IBM computers who used pirated versions of their proprietary software. However, the Brain virus also included the home address and phone number of the brothers so that end-users could contact them for a cure. Brain was spread by disks, and it had a global impact. As a result, anti-virus companies started to form and the term cyber security services entered our vernacular.

How does a computer virus harm systems?

As a computer virus attaches to a host such as a document, program, or file, it may lie dormant until a trigger causes it to execute its code. Once an end-user runs an infected program, the virus will deploy its code.

What does this mean? Well, a virus can remain dormant and unnoticed until driven by a triggering effect. Yet, once the computer virus infects your computer, it can infect other computers connected to the same network. Then, it can spam your contacts, log keystrokes, corrupt files, steal passwords, take over your machine, steal data, and more. These consequences are damaging and frustrating without cyber security services in place to mitigate the potential risk and damage.

It’s true that some computer viruses are created out of jest and for fun, others are truly malicious and can induce long-term damage such as erasing data or stealing financial data.

How do computer viruses spread?

We live in an always-on and hyper-connected digital world. A computer virus can spread easily these days through email and text message attachments, scam social media links, malicious websites, Internet downloads, and more. When you download an unverifiable application to your mobile device, it can infect your devices. Viruses can also remain dormant within attachments, greeting cards, video files, and images.

To prevent a computer virus from attacking your device, it’s important to ensure you trust every file you download and every link or attachment you open. Don’t download any file or email attachment you weren’t expecting.

What are self-modifying computer viruses and how do they work?

While all computer viruses can reproduce and replicate, a self-modifying virus can self-replicate and change in the process. It takes the risk of a computer virus one step further towards modifying their inherent malicious code.

There are two distinct types of self-modifying computer viruses: Polymorphic and metamorphic. Polymorphic works by first decrypting it’s code then using a different key to re-encrypt its code. Metamorphic computer viruses can propagate their code with variances. However, both types of self-modifying viruses can change their code once they have infected a host. Further, Polymorphic viruses are more complex because they use encryption algorithms.

How can you tell your device has a computer virus?

There are many telling symptoms of a computer virus infection, including the following:

What is the most dangerous computer virus in the world?

The worst computer virus in the world is the Mydoom virus that induced around $38 billion in damage in 2004. Adjusted for inflation, its cost is estimated at around $52.2 billion. Another name for this virus is Novarg. It spread by mass emailing. At one point during its execution, it was responsible for 25% of all emails sent throughout the world at the time.

How did Mydoom work? It scraped email addresses from infected machines and sent copies of itself to other machines. It also brought infected machines into a botnet that created a distributed Denial of Service (DDoS) attack. The attacks were designed to shut down the target server.

It’s hard to believe that Mydoom is still around today and generates around 1% of all phishing emails. Consider the fact that 3.4 billion phishing emails are sent every day. By all accounts, Mydoom has survived on its own, 17 years later as it continues to send 1.2 billion copies of itself every year.

While a $250,000 reward was offered, the creator was never found. Unquestionably, many computer viruses can live on in perpetuity. So, what can you do?

Spend less time calling for help and more time focusing on your core business responsibilities, get a proposal for managed IT security services. 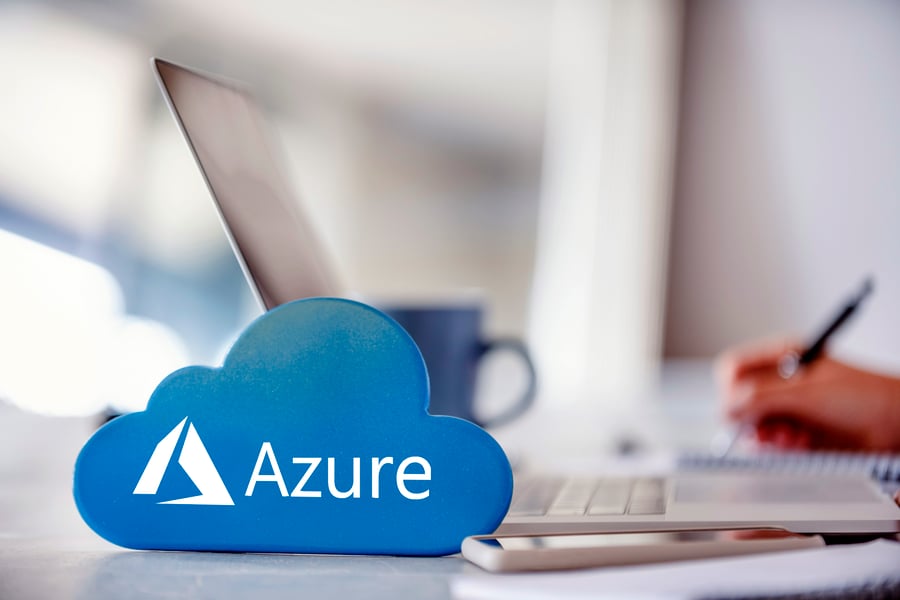 What is the Difference Between Azure and Cloud? | Systems Solution, Inc. (SSI)

What are the Best Cloud Backup Services Available in the Market? | Systems Solution, Inc. (SSI)

What Are Azure Cloud Services?