Near-Zero-Day Malware Attacks on the Rise: Why Your Business Needs to Upgrade Your Cyber Security Services

Near-Zero-Day Malware Attacks on the Rise: Why Your Business Needs to Upgrade Your Cyber Security Services

Cyber security services have been growing increasingly in demand as cyber criminals' threats to companies grow more diverse and potent.

Further, cyber security services are an increasing necessity in this age of digital technology. With the rise of mobile devices, laptops, and tablets, our personal information is more vulnerable than ever.

In the past, businesses could get away with only having a firewall. There are many different ways for hackers to gain access to your company's information—including phishing, which involves sending an email that tricks the receiver into giving up their password—that require a more diverse and comprehensive strategy to protect against.

If you've ever been the victim of a cyber-attack, you know how crucial it is to have a sound security system. Also, with the increase of hackers and malware, your company needs to stay on top of its security protocols.

What are zero-day malware attacks?

Zero-day malware attacks occur when a hacker develops a virus or other type of code that has not been identified by the company whose product is being attacked.

In addition, zero-day malware attacks have been in use since the 1990s. They have caused major problems for both individuals and businesses that have had their information compromised.

A zero-day attack can be performed on any type of software, but the most common targets are computers and mobile devices. Zero-day attacks target a vulnerability in the software that is unknown to the company.

Because these types of attacks are unknown to the targeted company, they don't have time to develop protection against them. This means that these attacks can be extremely successful, even though they are relatively rare.

What are the zero-day trends?

Zero-day malware attacks are rising because cybercrime is becoming a more lucrative business, and hackers have figured out how to profit from them.

Zero-day malware attacks are so named because they happen on the same day that a flaw in software is discovered. These flaws, called security vulnerabilities, are easy to find, but they're also easy to use in an attack. Before the software developer can create a fix, you risk having your data stolen.

The average cost of cybercrime per company has tripled over the last five years (Rohit Ghai). And hackers have realized that when you steal information from a company, you don't just get access to some documents—you can get access to customer credit card numbers, social security numbers, and crucial personal information worth more than just paper. That makes hacking more lucrative now than it ever has been before.

Zero-day attacks are on the rise: They're easy for hackers to do and highly profitable. The best way to protect yourself is to invest in cyber security services to identify and fix these threats as soon as they are detected.

Zero-day malware attacks are doubling. These attacks exploit recently developed software but have not yet been patched, making them especially hard to prevent.

And it's not like the targets don't know it. They've had hackers snooping around their servers for days, and they still can't stop them.

Zero-day malware is scary because hackers can go weeks or even months snooping around a company's or government agency's servers before getting caught. And even then, you're only caught if another hacker or tech professional decides to tell you what they found.

Although zero-day attacks have been around for a long time, they've only recently affected critical infrastructure and governments. One of the most recent government targets was an attack on a government agency in Germany. The German government refused to comment on what data was taken or even if any had been taken. This is par for the course in these cases; many cyberattacks against governments are not reported.

In fact, over 100 companies have been hit with zero-day attacks in the past five years.

The best cybersecurity solution is one that allows you to keep your business running smoothly while also protecting you from both external and internal threats. The most common cyberattacks come from external sources, but internal threats are equally dangerous. And now we’re seeing the rise of hybrid attacks that use an internal source to launch an attack.

External threats are by far the most common type of cyberattack, but they’re not the only ones. Internal threats can also cause serious damage as well—and they may be harder to detect than external ones. Sometimes this is a result of negligence—an employee who ignores computer security protocols or a coworker who falls for a phishing scam and accidentally shares sensitive data with hackers—but there are also cases where someone maliciously targets your company from the inside.

In recent years, we’ve seen an increase in “hybrid” attacks, which use an insider as a launching point for outside hackers to gain access to your network. These attacks are especially difficult to defend against because they often involve malware being loaded onto an employee’s computer by someone posing as a coworker or trusted vendor.

The proliferation of mobile devices and other technology within the workplace has opened up a whole new world of cybersecurity vulnerabilities.

As employees have more flexibility to work from home or while they're on the go, they can now access their work systems from anywhere, which is both a blessing and a curse. The right tools allow them to work efficiently and productively, but that same level of convenience can lead them toward vulnerability.

External threats are the most common type of cyberattack, but they’re not the only ones. Internal threats can cause severe damage, and they may be harder to detect than external ones. Sometimes this is a result of negligence—an employee who ignores computer security protocols or a coworker who falls for a phishing scam and accidentally shares sensitive data with hackers—but there are also cases where someone maliciously targets your company from the inside.

In recent years, we’ve seen an increase in “hybrid” attacks, which use an insider as a launching point for outside hackers to access your network. These attacks are complicated to defend against because they often involve malware being loaded onto an employee’s computer by someone posing as a coworker or trusted vendor.

A lot of those internal threats can be indirect, and the people behind them don't even know that they're causing a problem.

But the biggest risk of all is from within.

In addition, the vast majority of cyber attacks are financially motivated. Organized crime has recognized that the Internet is an effective way to steal money and proprietary information. Hackers have also joined forces with malware developers, using their skills to create new and more sophisticated ways to access financial data and steal funds.

But in addition to financial motivations, hacking is used for political reasons or as a form of espionage. As we look ahead, we can expect this type of attack to rise in frequency and severity.

The transition to remote work has opened up several cyber security vulnerabilities.

Because of the pandemic, many companies had to transition to remote work quickly. Now, several security vulnerabilities could leave these companies open to cyber attacks.

Lack of education within businesses is a big reason for this increase in security issues. When employees work remotely, it's easy for people to fall into not knowing how to protect their information adequately.

For instance, many employees have started using shared drives and even Dropbox or Google Docs for storing sensitive data. This can create issues because they're not always aware of all the security settings that come with these platforms. They might think they're safe when they're not!

Another issue is that some employees don't know how vital it is to keep their computers updated with the latest software and operating systems (OS). Companies should educate their staff on these things to protect themselves better—and everyone else who uses these devices!

Zero-day exploits are a growing security threat because they attack software flaws before they're known to the general public. These exploits are difficult to combat because hackers often target unpatched computers and networks.

But we don't want you to worry! At SSI, our cyber security services include a comprehensive analysis of your network and systems, focusing on detecting and preventing zero-day attacks. We'll alert you when we find potential threats, provide monthly reports on our findings, and guarantee 24/7 protection against attacks.

One of our Cyber Security solutions experts will contact you to discuss your needs and begin gathering information for your custom proposal. 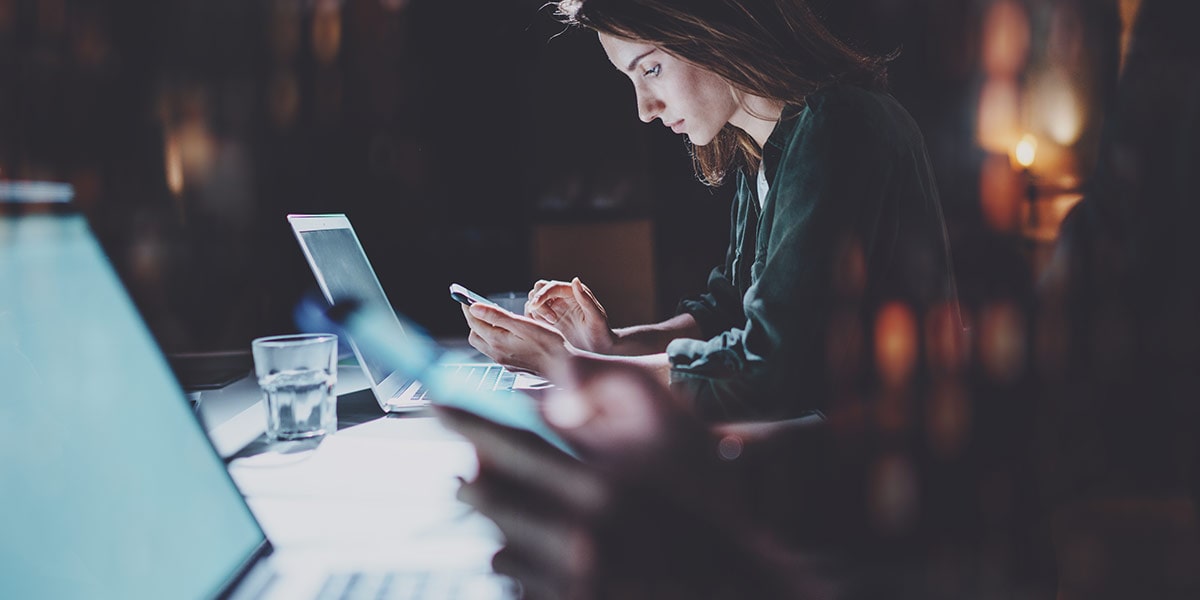 Is Your Network Secure? | Philadelphia 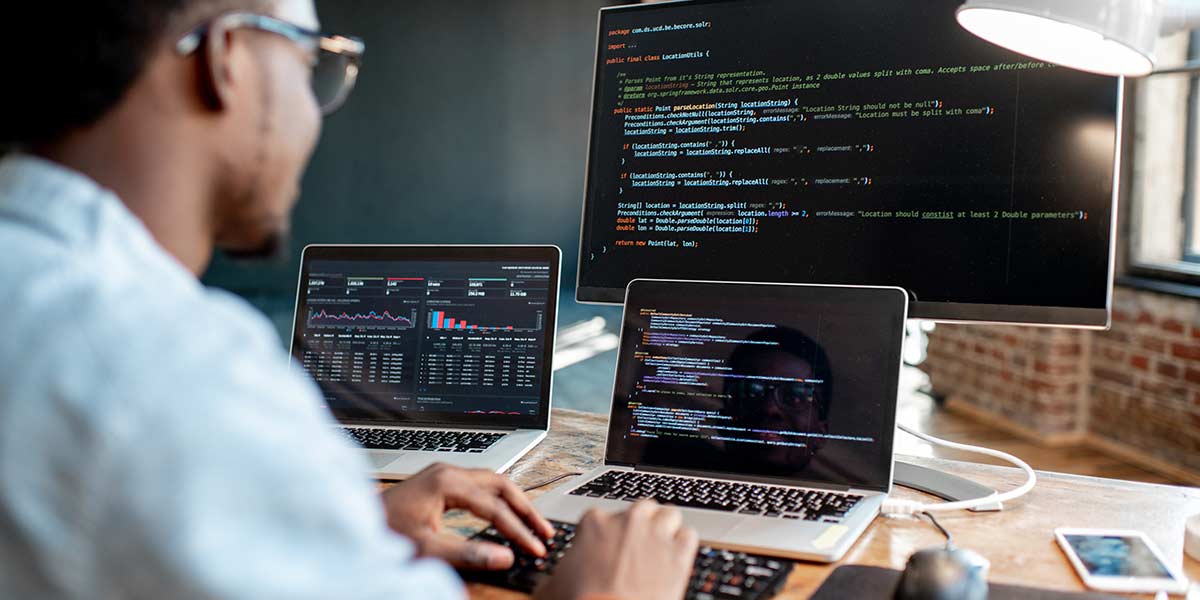