On the heels of the severe surge in cyber crime, customer need for engaging encrypted, secure messaging leaves nothing to deliberation. If anything, it has become an absolute must.

The data privacy implications of unencrypted, open, standard SMS texting can be catastrophic given that you could be exposing yourself to close monitoring by your Internet Service Provider, cyber criminals, and the government.

Avoiding this unmitigated violation of your data privacy means encrypted messaging (through apps) is the go-to as it prevents unauthorized access to your conversations. In most cases, these encrypted messaging apps also go to the extent of giving end-to-end encryption in-app for phone calls. This also extends to files sent using the apps.

Hence, knowing the intricacies and inner workings behind these encryption apps will put you in a pole position to safeguard your data rights. This post hauls off the all-you-need-to-know on encrypted messaging, how it works, what devices can harness this piece of innovation, and our top picks to furnish you with the best encrypted messaging experience.

The very concept of data encryption pays homage to a millennium of human history that dates back to the Roman Emperor—Julius Caesar—who used this means to send sensitive information to his generals. In today’s application, encryption serves to encode information that leaves only the intended recipient and nobody else capable of viewing it. That said, encryption used in today’s technological processes is much more sophisticated and secure than the secret codes used back then. But then, the fundamentals remain unchanged.

Here’s how it works: In transforming information or data into what seems to be a representation of random letters, numbers, or symbols, modern data encryption employs what is called a cipher algorithm. Consequently, anyone who doesn’t have access to a specific key required to decode the information, thus making it accessible, will not be able to read it.

The second method in use is server-based encryption. This encryption mode encrypts communications on the server with the help of a key rather than on the user’s end. What then happens is that using this system, even communications sent over the cloud can be decrypted. However, this can only be done where a government actor or a hacker attempts to compromise server security. It could also come with added functionalities, for instance, a function that encrypts the message as it travels from your phone to the server and back to the recipient’s phone.

The two widely used encryption methods are the Public Key (Asymmetric) and Private Key (Symmetric) techniques. And while they might be a little similar in that they both enable users to encrypt data and then decode it for the intended recipient’s reading, they differ in how they operate.

This uses a recipient’s public key and a private key that matches the public key mathematically. The user may then send an encrypted message with the public key. The receiver will then decode it with their corresponding private key. Using this technique, the sender can unlock a mailbox that enables him to insert the message. Still, other users cannot see any other messages in the mailbox since the message can only be decoded using the recipient’s private key.

The exigencies of the COVID Pandemic mean that working from home has inevitably become the new normal, at least in the foreseeable future.

A total of 1.5 billion individuals currently work from home. The overnight transition from office to the work-from-home model of labor is expected to be even further intensified, with experts pontificating that even more businesses will join this global train of hiring a remote workforce once the epidemic phases out.

Consequently, companies worldwide are starting to accept this transition as the industry standard and significantly improve work-life balance, reduce carbon emissions and increase production output. But the reality of a remote workforce presents a swathe of IT technicalities, difficulties, and challenges. There are several unknowns when it comes to managing a remote workforce from an IT standpoint.

For one, most routers and Wi-Fi networks used in most households are more prone to the ills of hacking and cyber-attack than enterprise-grade infrastructure in the workplace. This places employees at significant risk of exposure and accidental data leakage. As more data is stored on the cloud, the importance of CASBs (Cloud Access Security Brokers) can not be over-emphasized in ensuring the most substantial cloud security measures.

There is also the nagging headache of how strong VPNs (Virtual Private Networks) can be. Corporate VPNs are seldom strong enough to keep up with the ever-increasing number of remote workers connecting with the network, which may bog down its operations. This makes data protection even more of a hassle. Foreseeably, owing to the lack of in-person contact and most employees lacking softphones, email exchanges will embark on a rapid increase, thus increasing the chance that sensitive information and potentially personal data is exchanged via these mediums.

The popularity of video conferencing software by remote workers has brought about bandwidth shortages in many areas, leaving individuals to depend on email for communication during peak hours.

In light of these realities, these questions should be top of mind for companies looking to stay on top of their data protection:

Working from the comfort of their homes means that employees are likely to neglect to take adequate measures like using only business email to facilitate business-related correspondences. Transmitting files through personal email is an online behavior that sets any company’s data up for cyber breaches, hacks, and various attacks.

This concern waxes stronger in the face of the reality that emailing will only grow increasingly as the go-to means of communication among remote workers. It has been projected that people will send about 306.4 billion emails each day this year. That figure has been projected to skyrocket to a staggering 347.3 billion in 2023. This necessitates a need for a security policy that factors in these security loopholes, especially in an era of a remote workforce.

To update and educate workers on the responsibility related to remote working, organizations should invest in an all-encompassing remote worker security policy. Considering that even remote workers with the best intentions may be oblivious about steps to protect their organization, enlightenment becomes integral to safeguarding sensitive data that double as assets for these companies.

One of the perks of early planning when taking this huge step in the right direction is that you get to avoid process bottlenecks. Furthermore, when systems are not set up for remote access, it becomes possible that they encounter unnecessary bottlenecks in their processes.

A few good examples will be Identity and Access Management Systems, Firewalls, and data loss protection systems. Depending on where and how users apply these apps and corporate network resources, systems can react differently. Things can also quickly grind to a halt if an organization has not put adequate steps in place for large-scale remote access.

Midsize organizations have a higher risk

Small and medium-sized enterprises are far more prone to data breaches as they are often unprepared to manage a dispersed, remote workforce.

The systems, procedures, rules, and tools used by these companies are often in their infancy. They are also most times run by a small IT staff. But a massive downside of running security operations by a down-sized IT staff is that they rapidly become overburdened in the event of IT calls from remote workers. They’re even worse-equipped to handle the untold disruption of downtime that stems from a cyber-attack or data breach.

Remote Workers can benefit from encryption

A Shedrit report claimed that 86 percent of C-level executives think that the risk of a potential data breach becomes greater when employees work remotely. This revelation is unsurprisingly so, given that the vast majority of employees are poised to store sensitive information on their devices. Ultimately, businesses have little or no degree of control over the risks that may emanate from how such information is shared, modified, or stored.

Unfortunately, there are still many organizations that do not utilize encryption in their data processing operations. All sensitive data should be encrypted to prevent hackers from accessing unprotected public Wi-Fi connections and infiltrating systems with malware. Remote employees should also strive to utilize a virtual private network (VPN).

Granted, encryption may not wholly absolve companies of the eventuality of a breach of data integrity. Still, it can well be harnessed to check the integrity of our backups since data is continuously updating. Protecting the integrity of our data, especially in transit, can also come in the shape of using data signatures that’ll prevent hackers from intercepting conversations and modifying data to suit their illicit purposes. This measure could prove very effective since the receiver will quickly move to nip the potential hack in its early stages.

As more businesses and brands imbibe data collection to bolster their operations further — and bottom line — encryption must become a crucial part of their considerations. Though encryption may not necessarily be a legal necessity for most businesses, they need to deploy this mechanism to build consumer confidence.

A recent poll revealed that “53 respondents said they were more concerned about online privacy now than a year ago”. This underscores the climate of opinion regarding matters relating to data in today’s business world. Capitalizing on the current wave of ‘consumer distrust’ towards businesses (data controllers) to show consumers that your company complies with data protection regulations and even goes a mile further to adopt specific encryption standards will offer your brand a competitive edge.

Absolutely. Amazon’s cloud computing behemoth — Amazon Web Services (AWS), has made its long-awaited entry into the market for encrypted texting services. Sequel to this move, AWS recently announced its acquisition of Wickr, a secure communications service it claims to be the only “collaboration service” that satisfies the NSA’s security requirement.

Wickr will continue to operate as and service AWS customers, “effective now,” according to a blog post from Stephen Schmidt, the VP and CISO for AWS.

Now, AWS empowers employees to work from any remote location and rest easy to know that they are secure and productive, with their messages encrypted.

Ready to see what’s next in encrypted messaging and AWS? Contact SSI and speak with an AWS expert to learn more today. 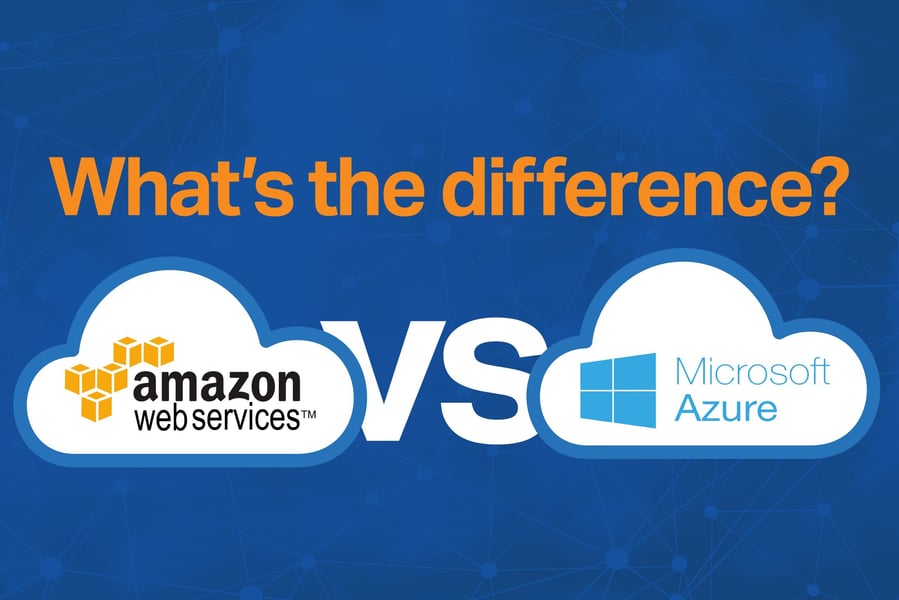 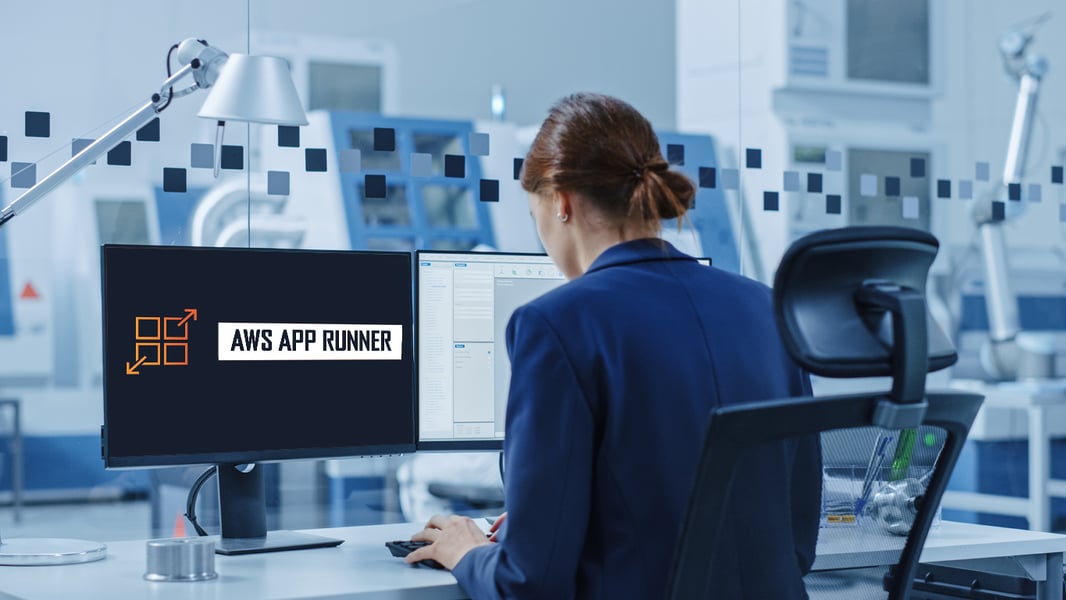 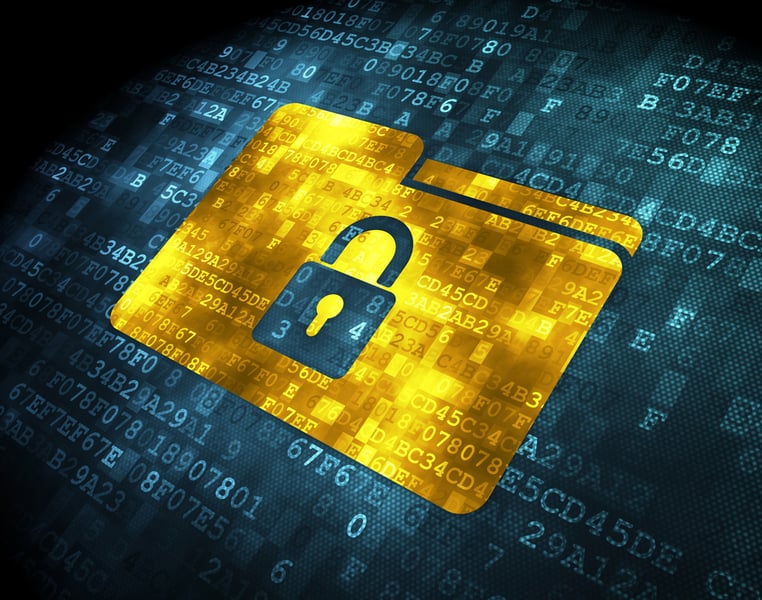 What is Data Level Security?