Are all Computer Viruses Harmful?

Are all Computer Viruses Harmful?

Most computer viruses are harmful and seek to destroy your data. A virus is a form of malware attached to another file or program, which can replicate and spread once human interaction initiates or opens the program.

The majority of computer viruses target Microsoft Windows and Apple Mac computers. However, they have a reputation of being less susceptible to viruses. While they are indeed less vulnerable, a Mac is not necessarily virus-proof. People who create viruses tend to target Windows users as there are more of them. Cyber criminals prefer to focus on systems that affect the highest number of end-users; therefore, Windows is the obvious choice.

However, whether you decide to choose Mac, Windows, or other OS, it is good to know that viruses are much less a threat than in the past. These days, cybercriminals are instead choosing to focus on other types of attacks bringing greater returns and with a higher level of sophistication to prevent. In modern times, when people refer to "getting a virus,' they are usually referring to some other form of malware such as a computer worm.

While it is common for people to use the terms' virus and malware interchangeably, they are not the same. While all computer viruses are malware, not all malware are computer viruses. The simplest way to tell a computer virus from another form of malware is to relate to a virus that is intended initially - the biological virus similarity.

For instance, the flu requires contact with another human to contract from one person to another. Once the virus infects the person's system, it then attaches itself to other healthy human cells to reproduce more of the virus.

Like a biological virus, a computer virus works similarly:

The last point is worth noting. Viruses cannot spread without an intentional act by a user, such as opening an email. On the other hand, a worm can spread across networks and systems all on its own, making a worm a much more significant threat.

In 2017, the ransomware worm Wannacry gained footing globally. The malware took thousands of Windows operating systems forcing users to pay a hefty ransom in Bitcoin to hackers believed to be in North Korea. In short, while viruses are far less a threat than in previous years, the need for cyber security protection services is still more significant than ever before.

The first Trojan Horse was called 'ANIMAL.' This Trojan (Although some debate whether it was a true trojan and not a virus) was created in 1975 by a computer programmer named John Walker, according to Fourmilab. During this time in computer use, games called "animal programs" were popular. In it, users try to guess what type of animal is being thought of by narrowing down the possibilities with 20 questions.

Walker created a program called PERVADE, and this installed itself within ANIMAL. When users played the game, PERVADE began examining computer directories and then duplicated copies of ANIMAL anywhere it was not already located. While Walker had no evil intent, ANIMAL and PERVADE do fit the traditional definition of a trojan. PERVADE did hide within another program and carried out actions without the user knowing or approving.

The Creeper program is considered by many to be the first virus. However, Creeper was designed in 1971 by Bob Thomas of BBN. as a security test that intended to find out if a self-replicating program was possible. The test was successful, with Creeper removing itself from the previous host after infecting the next one. As it moved through systems, Creeper would leave the message: "I'm the Creeper. Catch me if you can!". Creeper had no malicious intent. The only result was the message left on the terminal.

As others have called it, the Rabbit (or Wabbit) is a virus dating back to 1974. The Rabbit virus would make multiple copies of itself ad infinitum until the system crashed. The Rabbit virus, unlike much other early malware, did have malicious intent to destroy the OS.

Brain is the first actual PC virus. Brain began by infecting the old 5.2" floppy disks back in 1986 when computers became popular with home use. Brain was created by two brothers in Pakistan, Basit and Amjad Farooq Alvi. The virus began with honest intent to prevent customers from making illegal copies of their software. Brain would replace the boot sector of the floppy disk with a virus when duplicated. The virus then displayed a copyright violation message, but it did not corrupt any users' data.

The Loveletter worm remembered for its "LOVE-LETTER-FOR-YOU" attachment and "ILOVEYOU" subject line in emails came about with the expansion of dial-up internet to more reliable broadband internet at the turn of the century. Faster internet changed the way malware was transmitted. With computer use expanding tasks online, viruses were no longer constrained by disk or local computer networks. In addition, the malware was becoming transmitted online through emails, torrent sites, or even directly.

Broadband brought us modern internet but also brought us modern cybercrime. Gone are the days of simple viruses to more elaborate hoaxes through worms, Trojans, and still more viruses. Here is when the term malware came into being as a more umbrella term for malicious software. The love letter is one of the more severe threats to affect the new millennium computers dropping on May 4th, 2000.

ILOVEYOU followed a similar pattern of earlier viruses. However, rather than taking the form of a document, the worm arrived by a VBS file. Thanks to email being relatively safe up until that point, it was very effective. Onel de Guzman designed the worm to overwrite existing files to duplicate itself and, in turn, spread itself to everyone in the victim's contact list.

In addition, seeing it coming from someone they know, the new victims were more likely to open it. ILOVEYOU then became a poster child for the effectiveness of social engineering.

Are all computer viruses harmful?

While some developers create viruses for research or other purposes, such as Wifatch, which compromises routers and other Internet of Things devices and appears to improve infected devices' security, the vast majority are bad. Further, some viruses are more harmful than others. Given enough time online, almost no computer is entirely free of malware.

Computer viruses and other malware evolve faster than biological viruses that continue to find new ways to disrupt our OS. Since the early days of the internet, viruses have caused immeasurable damage to users costing us data, money, and more.

From the 1980s until about the turn of the century, viruses could cause total lockup of your computer as the malware passed from computer to computer; they would often rely on host computers to reproduce until the computers locked up. Similar to a biological virus, computer viruses need a host to replicate and spread. While viruses are still always malicious, they do not pose the devastating threat they used to.

Modern computers face much more significant threats such as ransomware and other malware. In addition, there are even hackers using ransomware to attack hospitals and other vulnerable targets who have little choice but to pay the hacker to restore vital information quickly.

To understand what a virus is, let's start with what a virus isn't. Here we will discuss what many people commonly believe are viruses but are not. A Trojan horse can be a virus, but it is not always.

A Trojan is a computer program that appears to be something else, such as a music or DVD download. Additionally, the Trojan then sneaks into your computer to deliver malware. Even something benign or thought of as necessary can be a Trojan, such as legal or tax documents.

Worms, however, are not viruses, although people often call them viruses. Malware can be a worm or a virus, but never both. While the threats are similar, they are not the same. Most importantly, a virus needs a host system to spread. A worm, however, does not require a host system and can apply from network to network without a user downloading it.

Ransomware is sometimes, but not always, a virus. If there is a virus that denies access to files or systems in exchange for payment, it is ransomware. The first ransomware attack was with a virus. However, most ransomware results from a worm that spreads across systems, extracting money from the operators of each victim.

What is the solution?

Companies worldwide lose hundreds of millions of dollars due to the handiwork of hackers. This is why it is critical to find computer virus protection services capable of managing your safety. What is needed is cyber security services managed remotely and controlled by IT experts who can professionally monitor, assess and eliminate threats for you.

When you partner with a reliable malware protection security service, IT professionals will install any needed software, manage secure updates, run regular scans, and analyze threats at an expert level. If any severe threats are discovered, then you have a trained, accessible, and professional staff to handle them.

With expert computer virus protection services, your staff will not have to worry about anything as the security is run behind the scenes preventing catastrophic attacks. These professionals make sure your system is secure and nothing is unprotected. Your security managers can take care of updates for you when they are safe and ready, not just when they come out.

Hackers are relentless in attacking business systems for profit or just malicious reasons; this is just a fact of life. While you can't control the behavior of hackers around the world, you can control their ability to do you harm if, for no other reason, cyber security services bring you peace of mind.

Reach out to SSI to request a Cyber Security Quote here. Or, contact us directly for any questions! 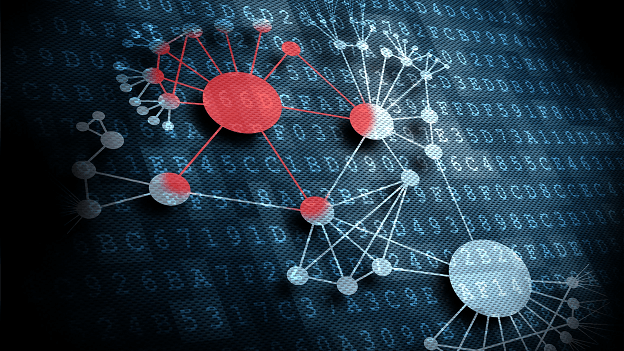 What are the 3 types of Computer Viruses? | SSI 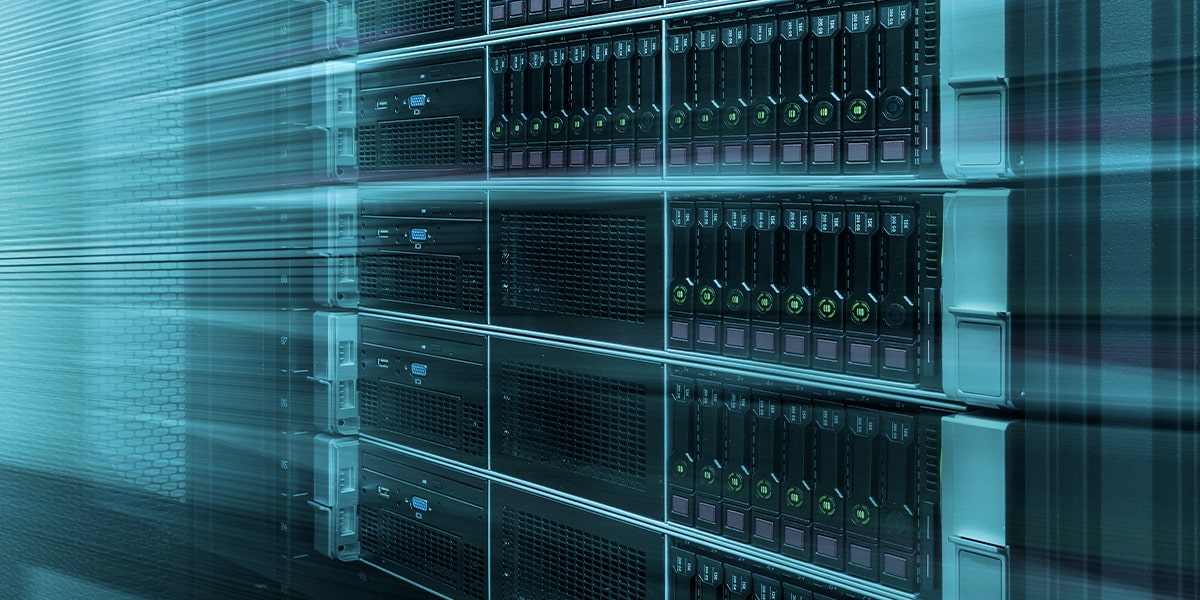 Transform Your Organization with Outsourced IT Services